How to Find Deer Bedding Areas

Do Deer Move In The Wind?

Read More
Do Deer Move In The Wind?

What is The Best Time Of Day To Hunt Deer?

Read More
What is The Best Time Of Day To Hunt Deer?

+41 Pros and Experts Exposed Their Deer Hunting Tips for Beginners

Many hunters wait until later in the season, when the snow has fallen, and the deers are rutting to hit the woods.

However, there are great hunting opportunities to be had earlier in the fall.

Hunting styles and deer behaviors vary as the hunting season progresses, due primarily to:

This article will share some of our September and early October deer hunting tips to help you increase your early deer season chances.

Table of Contents
1. Consider The Hot Weather
2. Know The Areas
3. Learn Their Habits
4. Set Up Trail Cams
5. Plan Your Entry/Exit Routes
6. Get The Callers Out
7. Check For Scrapes
8. Clear Your Shooting Lanes 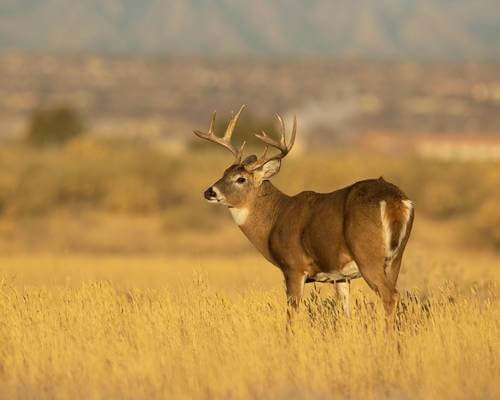 One of the most obvious differences between early and late fall is the weather.

Some deer archery seasons even open up in the late weeks of summer, which makes for a very different hunt to those snow-covered November days.

Deer tend to move less in hot weather and prefer to stick to the shade when possible.

In these conditions, deer are even more likely to limit their open-air feeding to the cooler hours of the morning or evening, so it is important to work those low-light hours.

Hot weather also makes a hot hunter. When dressing for the hunt and hiking into your spot, you should be mindful that you are not over-exuding.

Wearing lighter, sweat-wicking materials that do not hold odor, such as a merino baselayer, will help to reduce detection by scent.

We all know that deer rely strongly on their sense of smell, so minimizing sweat and body odor is especially important.

On a September whitetail hunt in 80-degree weather, I noticed a change in the deer’s locations and movements.

Rather than spending their time on the edge habitat of trees and open fields, they parked themselves in the thick dark forest alongside a large cold-water river.

Working the edge of these areas of finding a spot to look into could be a good strategy on those warmer days. 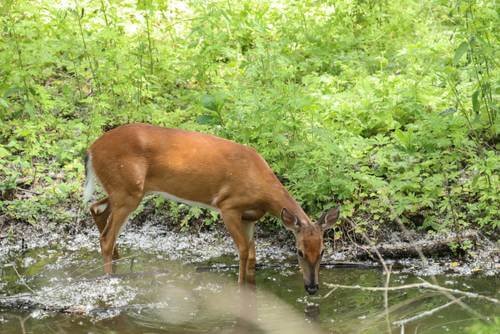 Deer tend to move less during the early season days, compared to the later rut action.

As you are less likely to have random luck moving through different areas, the best way to hunt the early fall is to hunt along with the primary need zone areas:

Intimate knowledge of the area will allow you to piece together where the animals may be and what they are doing and give you the option to change tact or location when needed.

Sometimes the spot you plan for doesn’t offer the goods, so being familiar with a couple of extra decent spots is helpful.

During a series of hunts in one area, I worked the forest zone between a river and an open field.

There was enough action to keep me there, but not enough to get success.

It was only on the third hunt that I scouted out another area, a large section of forest surrounded by fields, which turned out to be a deer hotspot.

The more you know an area (in-close and beyond), the greater your chances of success. 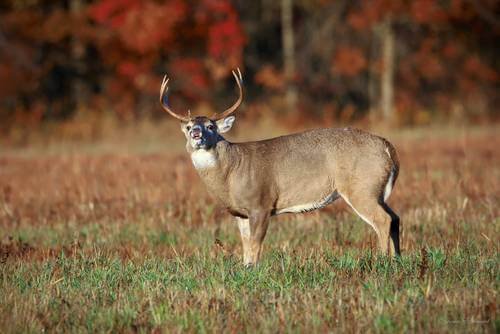 During the early fall period, the deer are pretty set on their routine; eating, bedding and drinking, usually not varying or expanding their locations too much.

Regardless of whether the days are warm or cool, general deer habits are more consistent and predictable in the early season than any other time.

In most weather conditions, deer movement and behaviors stay reasonably consistent, except for heavy rain and/or high winds.

Aside from the active twilight hours, deer still tend to move throughout the day from time to time:

These windows of action are much smaller than those nights and twilight grazing sessions, which is why setting up along the trails between need zones is the preferred move.

Without paying attention to:

Many days in the field have been wasted by not entirely understanding what the deer are up to. This leads us to our next tip… 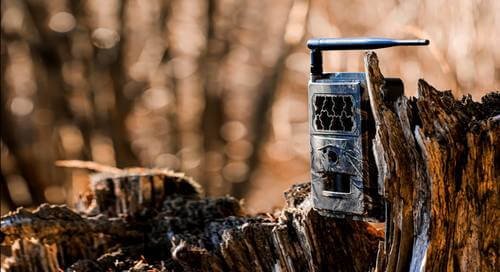 You can’t spend every day hidden in the field watching and noting down deer movements and habits. That is where a good cellular trail cam system comes into play.

You can cover hunting areas in game trails, but how do you know which ones are actively being used and when? Trail cameras...

When you find areas that you think maybe decent, it is worth properly scouting the zone for signs of activity.

With the help of trail cameras, they will continue to scout for you when you aren’t there.

This goes a long way towards your preparation and minimizing the risk of spending your days in the field with little-to-no action.

I spotted a large whitetail buck about 1.5 miles away on a glassing knob, slightly before the deer season, while looking for black bears.

I noted the spot he passed from with intentions of setting up there in the coming weeks.

I set a trail cam and later found he had only passed that section one more time in the following three weeks. 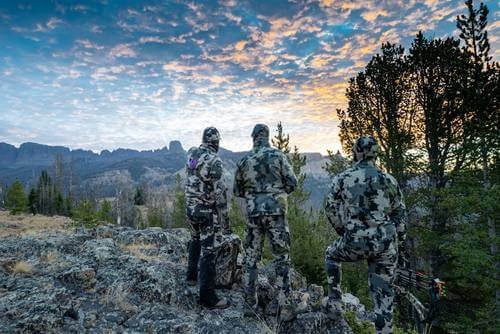 Making your way in and out of your hunting spot, whether a ground blind, tree stand, or natural hideout, takes planning and stealthiness.

When hunting from a fixed location, making sure that you are not spooking deer while hiking in and out of your spot is very important.

Spooked deer can disappear for a long time, making success on that day much less likely, especially during the early season when you get much less random deer movement.

When planning routes in and out, you want to consider the following:

Using an app such as HuntStand will help you to map out your hunting location, see what is in the area and look for routes in and out.

The app has live weather and wind directions relative to your hunting stand or blind, taking some guesswork and risk out of the hike.

I’ve bumped deer on trails in and out more times than I can count. The mix of being on the move and being in open gaps makes it easy for deer to spot you.

Giving yourself extra time to allow for stand-offs and delays will mean even if the deer get nervous, they are less likely to flee completely. 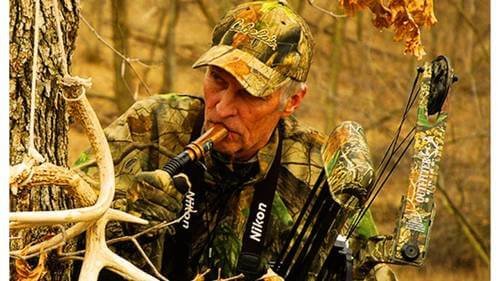 Calling deer during the rut is common, but what about when the deer are still a month or two away from rut action?

Using callers outside of November can still be beneficial in bringing in a buck, but the method we use differs slightly.

Early-season callers are best used as a low-level grunt or doe bleat; without much aggression.

Rather than calling in deer that you are unaware of, these work well when you see a deer but don’t look like it is heading your way.

A gentle grunt or two can peak enough basic curiosity to wander over.

As with all calls, you should be sure not to call the deer when looking in your direction. It can give away your exact location and risk spooking the deer.

A buck stepped out into a small clearing during a late September hunt whilst set up across some edge habitat.

The deer was strolling casually and not looking like stopping. Before he stepped into the opposite timber, I let out a faint grunt.

It was enough to grab the deer’s attention, stop him in his tracks and let off a clean shot. 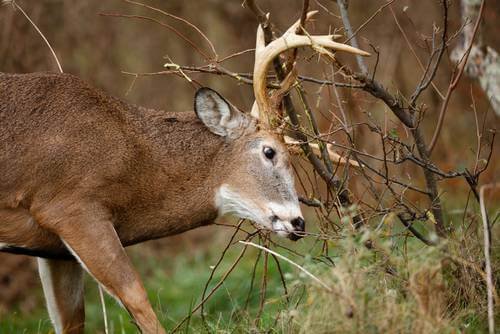 A great way to scout out an area during the late summer and early fall are to look for scrapes and rub marks.

Leading into the fall, male deer rub against trees and branches to remove the velvet from their antlers.

Generally deer will do this during the night as that is when they are more likely to wander around exposed, similar to feeding.

Even if not stopping to scrape during shooting hours, it does give a clear indication of which trails they frequently use.

If the scrape marks are primarily on one side of the trees and branches, you can also tell which way the buck travels and then piece together their movements between different need zones.

Rub marks on both sides usually mean the buck(s) hikes both ways.

A friend and I tried out a new hunting area, mid-hunting season. Arriving at about 1 pm, we scouted for the afternoon, looking for good spots for the next morning.

A thin tree line ran along a creek between two fields, where we found a few scrape marks.

The following day we set up along that band of trees to find approximately nine deer. 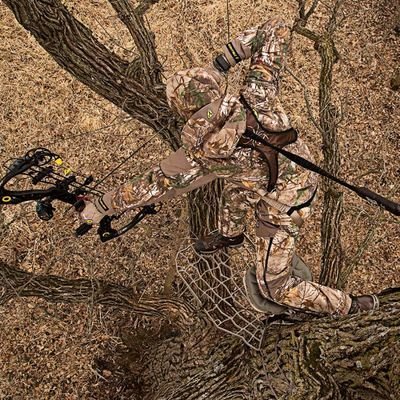 Regardless of how good your hunting region is or how many animals there are, your hunt will only be as good as your ability to let off a clean and ethical shot.

During the earlier fall periods, the woods are thicker. The leaves haven’t quite died and fallen yet, and therefore extra work needs to be put into creating shooting lanes.

When setting up your tree stand, ground blind, or hiding spot it is worth calculating:

You should be sure only to remove the branches and leaves that will be impeding realistic shooting lanes.

It’s to minimize unnecessary forest clearing and keep your area and hiding spot consistent with the surrounding environment.

In my first-ever deer season, I was hiding behind some fallen timbers.

I had not scoped out or prepared the area beforehand, and therefore when the time came and a deer stepped out, I had an array of dead branches in the way.

The deer continued to walk, almost out of sight, when I had to scramble around to find an open lane to shoot through.

I was very lucky to find a clear shot opportunity without the deer noticing my movements.

Early season deer hunting is one of the better times to hunt. Not only is the weather less frigid, but there are also fewer hunters in the field.

As opposed to late-season hunting, where the action continues to move around you, early-season hunting requires the hunter to find where the deer hang out and place themselves within it.

Scouting for animal need zones (bedding, feeding, water) along with the use of trail cameras will help you to get into the action and hopefully fill your freezer long before your buddies even step foot in the woods.

Have you hunted deer during the early fall season? What do you think about these early-season deer hunting tips?

We would love to hear some of your experiences in the comments below!