A hunting adventure worthy of immortalizing through a trip to the taxidermist. The perfect time to fill that space above the mantelpiece.

Now, the tricky question: Which deer mount style should I choose?

There are many different options; ranging from:

In this article, we will break down these different deer mounting options.

A few different types of deer mounts; differentiated by the amount of deer put on display.

These can range from mounting the antlers alone to the whole animal scene. 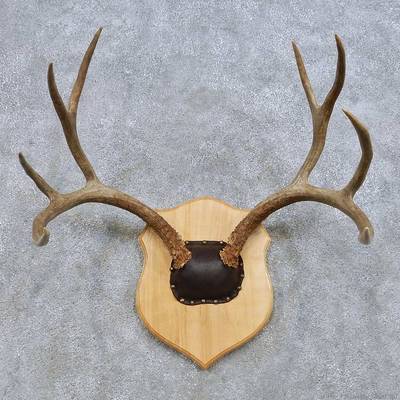 The antler mount is the easiest of all deer mounts and can generally be done from home.

These do not require much treatment as the antler is cut away from the skull at the base.

Antler mounts tend to be wall-hung using a wooden backing and a shaped form to attach the antlers, allowing the correct angles and looking as if they were attached to the skull. 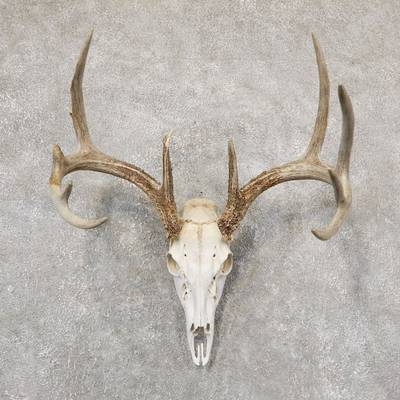 It is a very common and reasonably easy mount, either at home or professionally done.

The Euro mount incorporates both the antlers and skull.

In most cases, the deer skull will be treated using readily available products such as peroxide and cleaning materials (brush, dish soap, hot water).

It is also possible to use a synthetic skull to go for a similar style but with a less intimidating look. 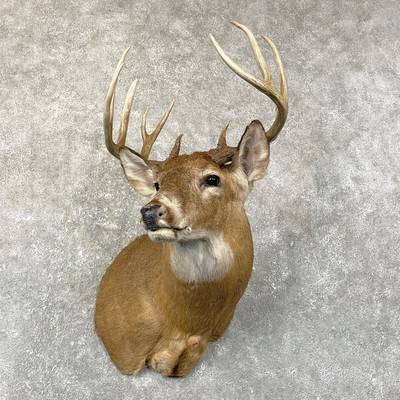 The shoulder mount is what we picture when we think: cabin, trophy, deer mount.

This is usually a wall-hung deer featuring the full head, antlers, and neck, hide-in-tact.

This mount gives a natural look without taking up too much space.

Using the face and neck to your advantage, it’s possible to create several poses in which to display the deer (see Shoulder Mount Poses section below). 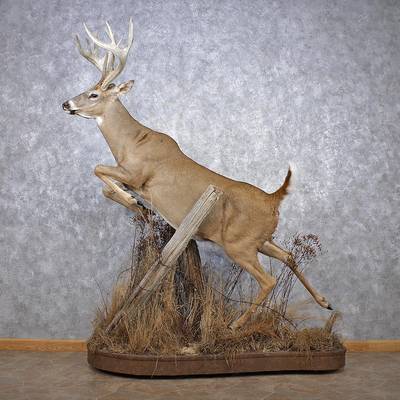 The full body deer mount is the most complicated and space-taking of the lot.

However, if you have the room and resources to have it done properly, it becomes a serious showpiece.

This mount requires a fully in-tact hide which takes some decent handy-work in the field.

The taxidermist’s imagination and skill can mostly limit the poses or scenarios you can create.

So we won’t dive into full-body deer poses here. 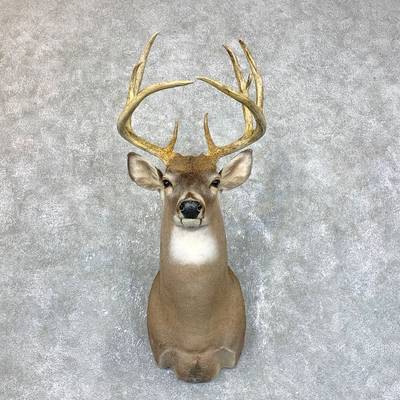 The pose has the deer at its tallest on the wall,  as it is standing up or peeking over the top of some brush.

Giving a little kink turn in the neck with an upright pose will bring a more realistic look to the deer. 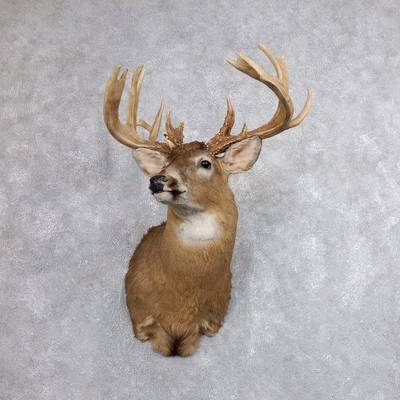 Similar to the upright position, but slightly less pronounced. The semi-upright pose looks good anywhere from straight up to a hard turn.

This position simulates a deer curious or feeling out the surroundings but not quite on full alert.

The semi-sneak is one of the most popular pose types for a deer mount, given the natural and neutral deer position.

This is how you would expect to see deer the majority of the time while in their element.

The semi-sneak looks great with a slight tilt of the head, depending on where you are placing it. 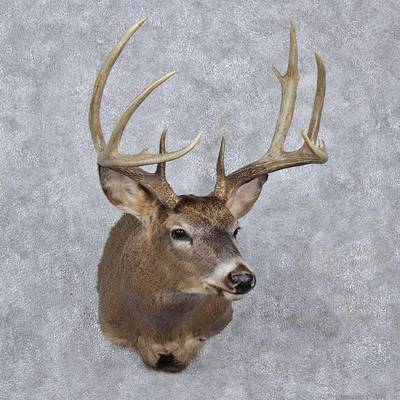 The full sneak position is excellent for mounting in areas with a lower ceiling or where you can afford for the deer to protrude out into the room more.

As the neck length is not raised high, it sticks forward as if it were looking to be petted. 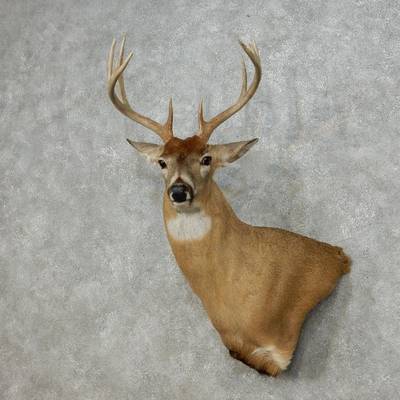 The pedestal position itself has the base of the neck angled out, highlighting the shoulder instead of starting perpendicular to the wall or panel.

This style offers a better perspective on the body size or muscle of the animal rather than focusing primarily on just the head. 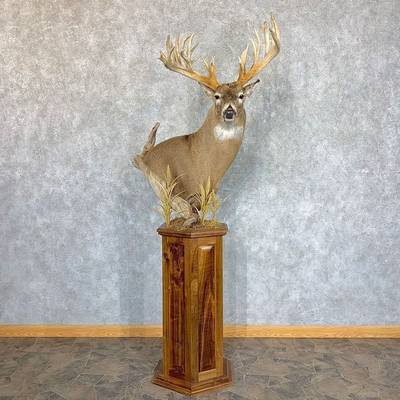 The traditional pedestal mount is similar to the wall pedestal. However, instead of mounting against the wall, it is placed upon a base.

As these are not generally backed against a wall surface, it is worth having the extra hide to work with to close over some of the rears of the mount. 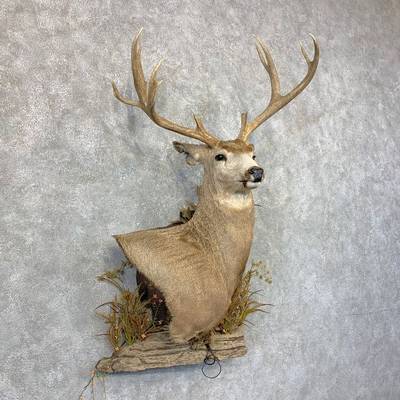 Landscaping refers to the addition of basic materials placed strategically onto the mount to replicate the deer being in the wild.

It may include leaves, grass, rocks, or otherwise, which helps create a slightly more scenic or artistic mount.

Primarily used for antler mounts, a panel is the backing that the deer, head, or antlers are mounted.

These are most commonly standard wood shields designed to create a showpiece for the animal to hang on, without detracting from the hero itself, the deer.

You may already have an idea which type of deer mount you’ll want, even before you venture out into the field.

When it comes to the field dressing and skinning process, it is important to make sure that you keep more hide than you expect to be used.

It is much harder to attach, patch up, or fix missing hide than to trim away any excess.

One of the best ways to determine which deer mount style will work best for you is to factor in the location in your house or cabin in which you wish to mount it.

Considering the space available and the best facing directions will help you choose a mounting style with the greatest impact.

Picking types of deer mounts come down to a few basic factors:

Which deer mount styles interest you the most? We look forward to hearing from you in the comments below!