Unless clearly defined, which it never is in hunting film or media, the commonly used term “hunting pressure” is vague, unclear and relatively meaningless.

During grade, middle and high school years everyone had the opportunity to participate in sports and the most gifted or driven participants excelled and went on to the college and even professional level by competing on the same fields, courts, rinks, tracks, etc. as their competitors.

That is definitely not the case in deer hunting as there is absolutely no way of establishing any hunter as being more gifted or driven strictly based on their accomplishments, because unlike sports, the playing fields in the form of hunting properties and amount and types of hunting pressure are far from equal.

Another example would be to take a novice fisherman that barely knows how to cast and retrieve a line yet regularly catches big bass on a private farm pond that never gets fished by anyone else and then prop him up by saying how great he is because he catches lots of big bass without mentioning under what circumstances he catches them in. 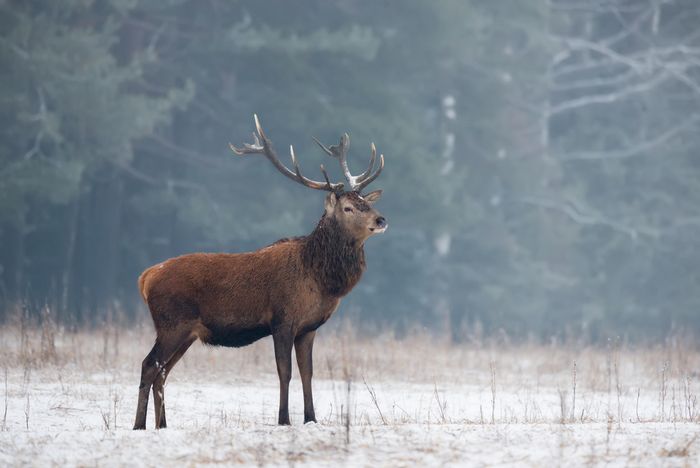 Put that same novice fisherman on a public lake that gets pounded with fishermen every day and he probably wouldn’t catch a keeper all day because he has no idea of how to catch pressured bass that don’t just hit whatever is thrown at them. Or to say that novice fisherman could fish in tournaments against Kevin VanDam and be competitive with him. Not in this lifetime.

The reality is the vast majority of high-profile hunting personalities exclusively hunt on micro-managed properties, leases, or on pay to hunt ranches for free in lieu of advertising, and some even kill within high fenced enclosures.

While they may want you to believe it, those types of hunting areas in no manner whatsoever, replicate normal hunting properties or the type of hunting competition and pressure where the vast majority of hunters, hunt.

In the areas they hunt, they don’t have to be exceptional hunters to kill monster bucks and for the most part their hunting advice doesn’t work in heavily pressured areas.

So How is Hunting Pressure Defined?

Heavily hunted areas for deer can be compared to crime laden areas to us as in areas where we know there’s danger, our movement habits are severely altered and as an example you likely would feel comfortable walking though some small rural town at night whereas you wouldn’t walk through a crime laden inner city neighborhood in Detroit or Chicago at night because as an adult you know you would be extremely vulnerable to being attacked. 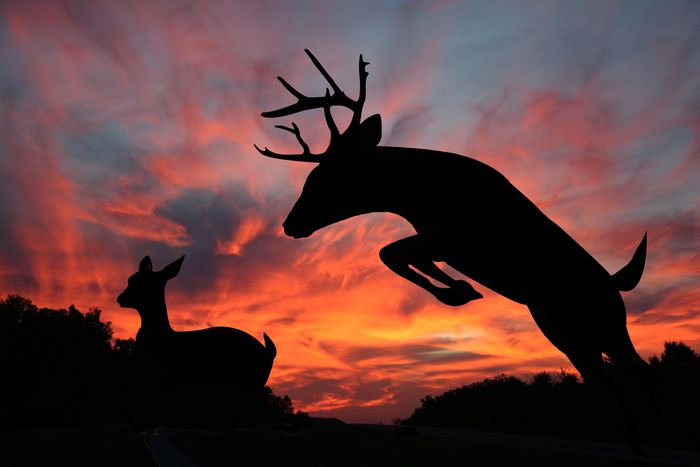 In areas with heavy consequential hunting pressure where most hunters are targeting any legal antlered buck, there aren’t many that survive to 2 1/2 years of age and older whereas in lightly and managed hunting areas as seen on TV and in videos there are lots of mature bucks due to either the lack of hunters or age and antler kill criterion’s and in such areas mature bucks are relatively stupid in comparison because they rarely if ever have consequences with hunter interactions as they are allowed to pass until they reach the kill criteria.

I created the term “heavy CONSEQUENTIAL hunting pressure” for a Deer & Deer hunting article several years ago to better understand what blue collar hunters have to deal with.

The word heavy means there are a lot of hunters in the area and the word CONSEQUENTIAL is key because it means most of those hunters are targeting any legal antlered buck so those surviving beyond their first antlered season seemingly have PH’D’s in survival instincts at avoiding hunters.

So as not to be confused, some managed properties and pay to hunt ranches may have several hunters on them at any given time, but they have age or antler kill criteria restrictions.

That is simply hunter presence, not consequential hunting pressure because they are allowed to grow to maturity before being targeted.

Once they reach the kill criteria those mature bucks are much more tolerant of human presence, odor, intrusions, and they react to just about any form of ﻿﻿﻿fake tactic﻿s such as rattling, decoys, mock scrapes, calling, sex and attractant scents, and bait that deer in heavily pressured areas don’t. An interesting statistic is that of my 19 out-of-state P&Y bucks taken in Oh., Ia., Ks., Mo., and Il., not one of them carried an old wound from a previous hunter encounter whereas all but three of my thirty one - 3 ½ year old and older bucks that are in the Michigan record book did have old wounds from previous hunters and 2 of them had 3 different hunter projectiles in them.

We do not have exclusivity on the desire to survive and just as the feeling of vulnerability affects our security precautions and movement habits, so does the amount and type of hunting pressure affect mature bucks; survival rates, daytime movement habits, reaction to hunter intrusions, reaction to hunter tactics, human odor acceptance, how and when they socially interact with other deer, and when and where they make or re-visit signposts during daylight hours.

So whenever you read or listen to instructional information, make sure the information pertains to the type of area you hunt in and the amount of hunting pressure it receives.

Below is a list of 38 whitetail states with 5 statistical categories for each that I calculated from 2012 data:

*Absolute land mass source: US Department of Commerce, Bureau of the Census

Of the listed 38 states, the combined bow license sales of MI, PA, WI, OH, NY, MO, and VW (7 states) is higher than the other 31 states combined.

This is a guest post from John, who is an avid deer hunter and has lots of experience of heavy pressure hunting. Thanks for your contribution, John.

17 Proven Trail Camera Tips and Tricks
Crossbow vs Compound Bow for Beginners: Which One Better?
Turkey Hunting 101 (The Ultimate Guide)
How to Layer For Cold Weather Hunting
What are the Advantages/Disadvantages Of Hunting From An Elevated Stand?
Deer Hunting with Decoy (A-Z Guide)