In today’s article, we discuss about "how to get deer to come out during the day".

Deer are notorious for their habit of avoiding daytime movement whenever possible.

This poses a difficult set of circumstances for hunters attempting to make the most of their time in the woods. 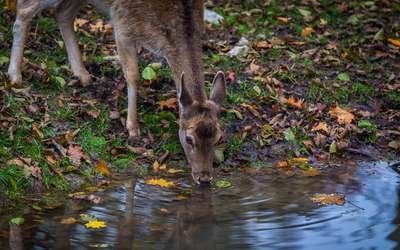 Deer, just like people, require water to live. Just as we seek out a beverage to quench our thirst, deer frequent watering holes.

When the need arises, deer will venture to water sources, no matter the time of day.

Common sources of water come in the form of rivers, creeks, streams, and ponds. By building a pond, you can attract deer coming to your best strategic location.

The less abundant that water is in a given area, the more heavily deer will be funneled to whatever water source is present.

As a crafty hunter, you can take advantage of this knowledge to increase your daytime deer sightings.

This fact rings true even when deer are keeping any other forms of daytime movement to a minimum. 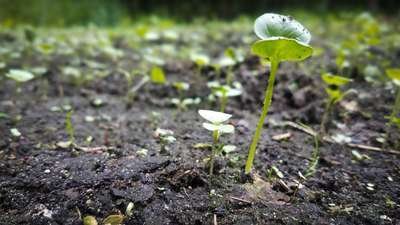 Deer naturally browse various forms of vegetation in their day to day routine.

It comes as a natural instinct to a deer to venture short distances from their bedding areas for brief periods to feed.

It is not uncommon for deer to feed in the morning or afternoon hours even when overall daytime movement is restricted.

If you find a favored feeding area of local deer populations, you will be well on your way to finding deer during daytime hours.

By planting and hunting over food plots, you are able to bring deer out of deep cover and into shooting range during daylight.

Even though deer often feed heavily at night, both bucks and does will frequently graze through a food plot at all times of the day.

If you have not been able to plant food plots in your area, other browsing areas with quality vegetation can be hunted in a similar way. 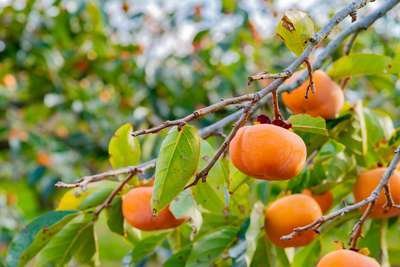 As any deer hunter knows, deer love acorns and many other forms of mast produced by trees. Deer will readily feed on an oak tree that has begun to drop acorns in abundance.

They will often return numerous times to these sites until no acorns remain.

Other forms of mast preferred by deer are:

By identifying these species of mast-producing trees and their locations, you can key in on daytime deer movement.

Because many of them are located in wooded areas, deer often feel more secure in visiting these food sources during daylight hours.

It is crucial that you immediately focus on these places when they begin to produce.

This is due to the fact that the attractiveness of these sites only last for as long as the quantity of food remains. 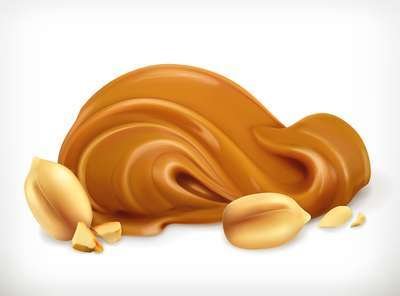 When locating quality browse and grazing areas prove difficult, the use of bait to attract deer during daylight might be an excellent alternative.

Bait for deer can come in many forms:

Deer that are regularly offered bait as an additional food source have the potential to develop regular and, at times, predictable feeding patterns.

When supplied with a bait source, many deer in an area will frequent the site with a reduced level of attention toward the time of their feeding.

You can use Moultrie deer feeder to spray corns automatically and attach more deer. 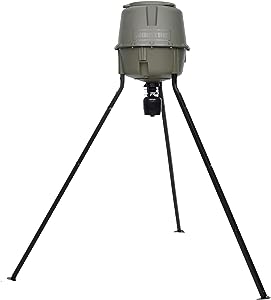 By hunting near or over these bait sites, you often encounter an increased level of daytime deer movement.

Note: because baiting is not legal in all areas, it is vital to check the game laws in your area before proceeding with this tactic.

5) Use Scents To Your Advantage:

The nose of a whitetail deer works with the precision of a well-oiled machine. They use the scents that they encounter on a daily basis as a vital means of communication.

Every deer produces their own individual range of odors that allow others within the herd to identify one deer from another.

They rely upon their sense of smell for communication during all times of the year, but none as heavily as the rut.

During this frenzied time of the year, deer utilize scrapes and rubs, as well as scent dispersed in urine to support the seeking and breeding process.

Use estrous urine or glandular scents:

You can often bring deer into comfortable bow range by appealing to their natural curiosity.

The use of estrous urine or glandular scents can be an absolute game-changer when attempting to bring a nocturnal buck out of hiding.

These products can be purchased at most any sporting goods or outdoor retailer.

Using these ones during the right phase of season increases the potential for heightened daytime deer activity.

6) Call Deer To Your Location: 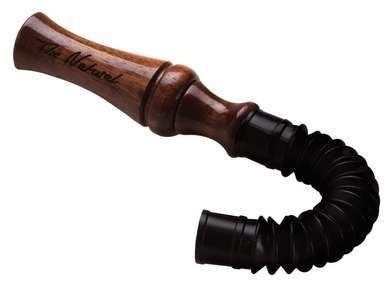 Social interaction is a significant element of the day to day process of the whitetail deer.

Vocalizations of different forms are made by both bucks and does. They can communicate content, distress, or even relay location.

When a deer attempts to vocalize with others within the area, it is not uncommon to see these vocalizations attract additional deer that are nearby.

You, as a hunter, can take advantage of the vocal nature of the deer you hunt.

Just as one vocal deer can attract the attention of several others, you can do the same with the use of a call.

The use of a grunt call has long since been a mainstay among deer hunters. These calls produce the vocalizations made by a whitetail buck.

In using a grunt call, you have the potential to bring a buck into range as he enters the area in search of the newcomer that he hears.

This can be an especially deadly tactic during the rut as bucks ramp up aggression toward one another.

Additionally, a bleat call can be used to replicate the sounds of a whitetail doe. This is a handy tactic for enticing rutting bucks that are actively seeking does. 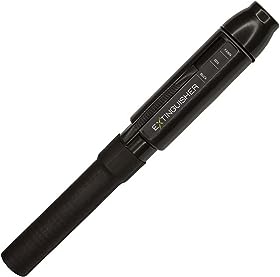 The brilliant part about calling while on a stand is that a deer’s response has little to do with the time of day.

This makes for an outstanding option when attempting to produce daytime deer movement. 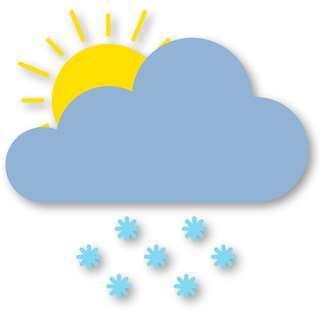 It is no secret that cool weather produces an increase in daytime deer activity. This occurs for various reasons.

Additionally, changes in barometric pressure that directly follow many cold fronts are a known factor that leads to an upswing in deer movement.

This is commonly observed in the form of daytime movement.

When the weather forecast is carefully observed, you can time your hunts based around peak conditions for daytime movement.

It stands to reason that your chance of encountering deer during the daytime is fairly low when above-average temperatures are forecasted.

If the forecast shows that a significant cold front is moving through the area, you are probably looking at an excellent time to be in the woods.

You can use this knowledge to plan accordingly when choosing the best time to hunt.

As a general rule of thumb, when a sizeable cold front is pushing through, daytime deer movement will skyrocket. 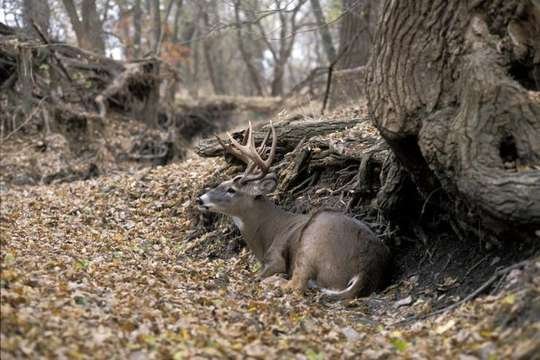 Deer movement takes place in one form or another during the daylight hours, even if it is less pronounced at times to the watchful eyes of a hunter.

On unseasonably warm days or during other less ideal conditions, deer still venture short distances from their bedding sites.

Throughout the day, it is common for deer to rise periodically to seek water, feed on nearby vegetation, and to defecate.

During days of reduced daytime deer sightings, deer do not venture far to complete these activities.

Get Closer to Bedding Areas

In the event that daytime deer movement is less than ideal, changing up your location might be the answer.

Because the lack of daytime deer movement is likely due to deer staying close to their bedding sites, sometimes you must move closer to these areas.

By relocating closer to bedding areas, you are putting yourself in a better location to catch these reduced movements.

You also are more likely to encounter deer movement within the last hours of daylight as they venture out for their evening food sources. 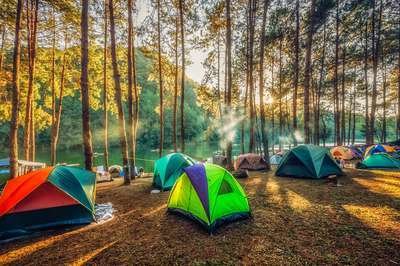 One major reason that deer avoid daytime movement whenever possible is due to the fact that their survival is based upon avoiding unnecessary danger.

Deer avoid venturing into open and unprotected areas until the perceived safety and seclusion of darkness sets in.

Because of this, they spend the majority of their daytime hours in close proximity to thick cover.

These secluded areas become the hub of daytime activity due to the deer’s ability to conduct its business undisturbed.

You can take this data and relay it into a strategy that increases your overall daytime deer sightings.

By combining already gathered knowledge regarding property layout with views from an aerial map, you can pinpoint locations that are off the beaten path and are likely to hold deer.

When hunting areas of this nature, your chances of encountering daytime deer activity increase significantly.

10) Keep Pressure to A Minimum: 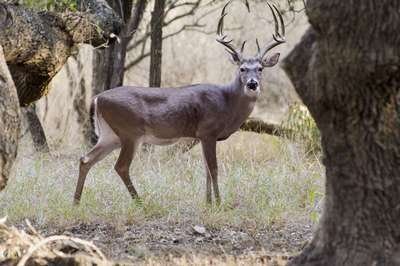 Many factors cause deer to grow increasingly nocturnal. However, few will cause this to take place as quickly as a human intrusion.

Deer react poorly to a perceived threat at the sudden increase of daytime encounters with humans.

In response, deer cut their movement during daylight hours to an absolute bare minimum.

This creates a troubling situation for the average hunter, who is suddenly left to wonder where the deer of a given area have disappeared to.

It is crucial in your hunting efforts to remain as undetected as possible. Much care should be taken to avoid alerting deer of your presence.

In order to accomplish this, you must be mindful of your human odor and practice proper odor elimination protocol.

It is also advisable to be careful when entering and exiting your hunting location, as to reduce the possibility of being spotted by any resident deer to the area.

This can be accomplished by gaining access through travel routes that are likely absent from significant deer movement.

The best way to increase your daytime deer sightings is by preventing them from being pressured into nocturnal movement initially.

By keeping these strategies in mind, you will effectively know how to get deer to come out during the day.

In understanding these key points, you will have prepared yourself for an outstanding deer season.