You could argue that smoked elk tenderloin tastes divine no matter how you cook it. But finding the perfect recipe is not necessarily easy.

And with so many tasty tenderloin-based recipes out there, how are you even supposed to know which one is the best?

So, continue scrolling - and find out which one suits you and your smoker best! 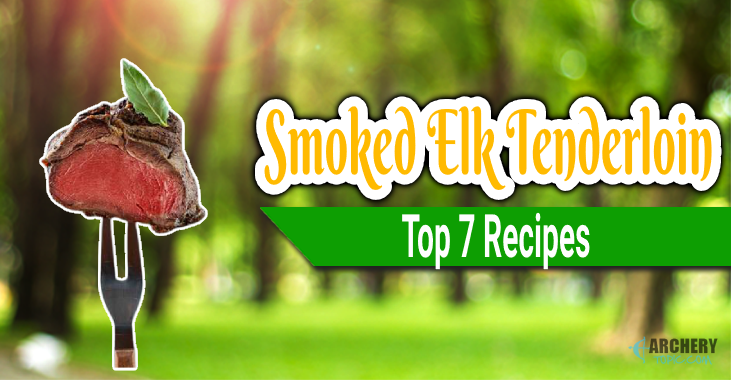 While they all feature the same piece of meat, the end results are entirely different - so we’re confident that one of these recipes will be exactly what you’re looking for flavor-wise!

First, you need to take the milk, pour it in a sealable container with the meat, and leave the container in the fridge to marinate for around eight hours.

Then, you’ll need to smoke that juicy tenderloin using the Bradley Smoker P10.

Preheat the smoker for a few minutes - and make sure to remove the tenderloin from the fridge an hour or two beforehand.

Then, combine the ingredients for the dry rub, making sure that you dry off the meat before putting the rub all over it.

Then, remove the meat and turn up the smoker’s temperature to 375 degrees, putting the meat back on the grill for five or so minutes until it heats up to 122 degrees.

Allow the elk tenderloin to rest for 10 minutes after removing it from the grill before slicing and serving.

Now, this is one of our favorite recipes for preparing tenderloin.

Start by measuring and mixing the rub for the tenderloin. Then, dry off the meat, spread the rub all over it, and then leave the meat to marinate in the fridge for about two or so hours.

Preheat your Bradley Smoker P10 to 165 degrees, with the lid closed for 15 minutes.

Cook the tenderloin for about 1.5 to 2 hours and use the probe to check if the internal temperature is 100 degrees.

If it is, you can remove the meat from the grill.

Now, preheat the grill to 375, putting the tenderloin back on for a few minutes until it reaches an internal temperature of 10 degrees.

And finally, it’s time to cook the polenta.

Boil five cups of water with salt, adding the polenta slowly on high heat. Whisk vigorously while turning down the heat to low. Add another ½ cup water if needed, cooking for 20 more minutes.

Add in the butter and season to your liking! 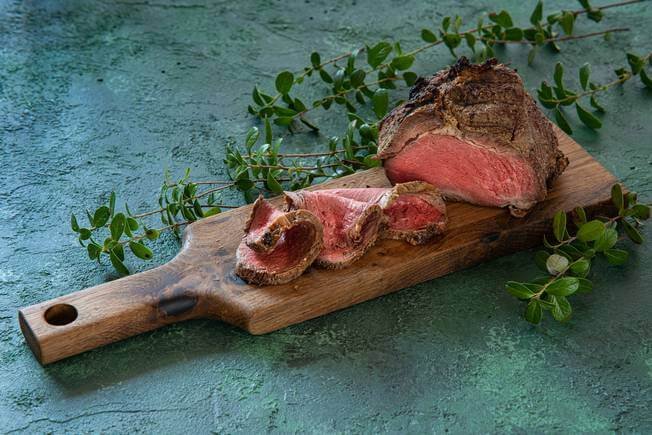 Honestly, this is one of the simplest - yet tastiest - recipes for preparing elk tenderloin.

First, take the tenderloin out of the fridge and allow it to reach room temperature an hour or two before cooking.

Take out the butter, too, allowing it to soften. You could chop some fresh parsley while you wait.

Then, mix the softened butter with the seasonings using a fine whisk.

Take the peppercorns and crush them using a grinder in a medium setting. When you’re done, spread that mixture all over the tenderloin using your hands.

Preheat the smoker to 225 degrees, cooking the meat for an hour to an hour and a half until it reaches an internal temperature of 135 degrees.

Take the meat off the grill and let it sit for a few minutes before slicing and serving.

Sure, this might be one of the most time-consuming recipes on the entire list - but it’s one of the tastiest, too.

First up, dry the tenderloin and rub the kosher salt all over it, including the edges. Now, put the elk tenderloin into the fridge overnight.

If that’s not possible, let it sit in the fridge for at least four hours.

In the morning, rinse the meat from excess kosher salt, and dry it off. Allow the meat to warm up to room temperature before cooking, and preheat the smoker to 225 degrees.

Put a water pan into your Bradley Smoker P10 and add some wood chips.

Prepare your favorite injection marinade and apply the marinade across the entire piece of meat. When the smoker is heated up, put the elk on the grill, and close the lid.

Cook for about four to five hours until meat reaches an internal temperature of 130 degrees.

Then, take the tenderloin out and wrap it in foil for 15 minutes. If you wrap it tightly enough, the temperature should rise to 140 degrees.

Allow it to rest for a few minutes before slicing and serving. 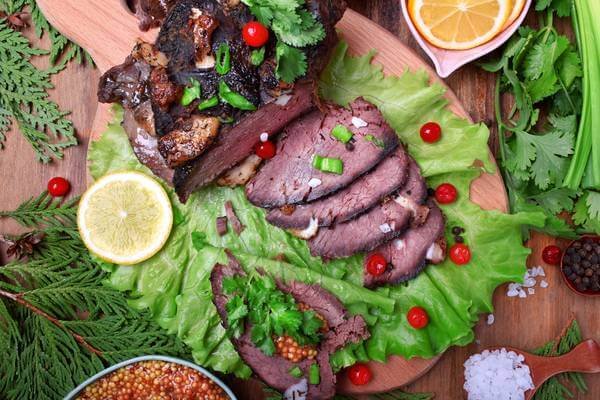 Ingredients for the pan sauce:

Now, this recipe requires a bit of preparation - but the elk tastes heavenly.

First, let the meat reach room temperature, and rub the salt, pepper, and Greek seasoning on each side.

Preheat the Bradley Smoker P10 to 150 degrees, and place the meat inside for around an hour and a half. Using the probe, check when it’s reached 130 degrees and take it out. Wrap it tightly in aluminum foil and let it rest for about half an hour.

Now, take out your pan; we advise you to use an iron-cast one if possible.

Set the heat to medium, add a bit of butter or oil and when it starts to simmer, put the elk in for 2 minutes on each side.

As for the sauce, set the heat to high, add butter, and bring it to a simmer. Add mushrooms and bell peppers that you previously prepared and allow them to cook for a few minutes.

Now, pour in some bourbon carefully, and add the beef stock. Lastly, put the stock concentrate in and stir until the sauce thickens.

Serve with potatoes prepared to your liking!

If you’re short on time, this recipe is a safe bet - easy and done fairly quickly.

First up, preheat the Bradley Smoker P10 to 300 degrees.

Then, mix the Worcestershire sauce, smoke flavoring, and seasonings in a bowl. Cut up the tenderloin into 2-ounce pieces and wrap them tightly in bacon - 16 slices of bacon should be enough.

Then, rub each piece into the mixture you previously made and put the meat pieces on a metal or wooden skewer.

If you’re aiming for “medium-rare,” you should grill the meat for no more than 20 minutes. 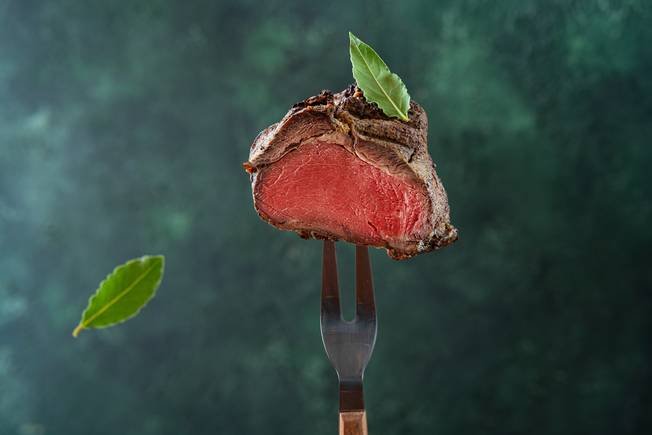 Ingredients for the ancho sauce:

Elk tenderloin is a classic recipe - but the ancho sauce provides a different kick to it.

First, let the tenderloin warm up to room temperature and pat it dry. Combine oil with seasoning and rub it into the meat.

Preheat the Bradley Smoker P10 to 150 degrees and cook the tenderloin for about an hour and a half - until the internal temperature of the meat reaches 130 degrees.

Now, prepare the ancho sauce - preferably in an iron-cast pan.

Heat up the olive oil on medium heat, and throw in the onions and garlic first, cooking them slowly until they caramelize. Then, remove the stem from the ancho peppers and pour hot water over them.

Chop the peppers up and add them into the pan, cooking them over medium heat for 5 minutes. Then, serve the sauce with the sliced meat and pico de gallo!

We told you there are plenty of smoked elk tenderloin recipes out there.

We narrowed it down to the ones that work perfectly for all occasions, whether you’re short on time or looking to prepare something exquisite with your Bradley Smoker.

What is your favorite smoked elk tenderloin recipes? Let us know in the comments!