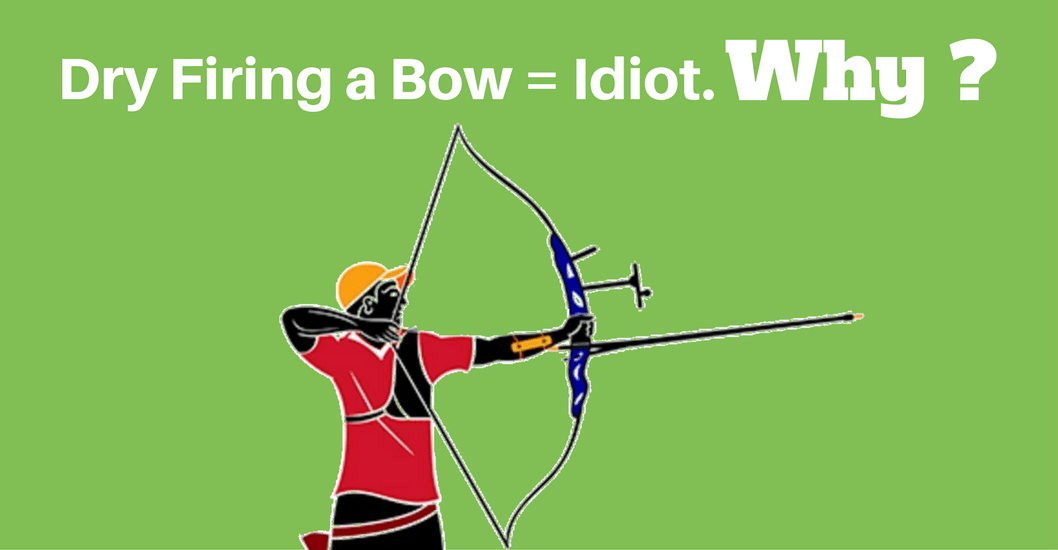 Why Dry Firing a Bow Can Make You Become an Idiot ?

If there's one important thing you must take note of before handling a bow, it’s never to dry fire it. The reason is that dry firing a bow can cause serious damage to the various parts of your bow.

In the worst case scenario, it can even shatter the bow, causing you harm. And you don’t want that to happen, do you?

In this article, we are going to show you why not to dry fire bow and what you should do if you accidentally dry fired it. But before we delve into that, let‘s look at what it means to dry fire a bow.

Quick Navigation
What is Dry Firing a Bow?
What Parts of Bow Could Be Afftected ?
How does Dry Fire Happen?
Usual Bow Firing
Dry Firing a Bow
Can a Good Brand Bow Withstand Dry Firing ?
What to Do if You Dry Fire Your Bow ?
﻿﻿What's the Bottom Line ?﻿

What is Dry Firing a Bow?

It simply means when you decide to release the string of your bow without loading an arrow head. You can do this with any bow, be it compound, recurve and crossbow.

However, compound bows seem to be more susceptible to damage compared to other types of bows listed above. This is due to the numerous moving parts and high tension of the string.

Now we have a device which helps you practice your dry fire training without hurting your bow or yourself, thanks to Dry Fire Pro Training Aid for Archers "Shoot More". 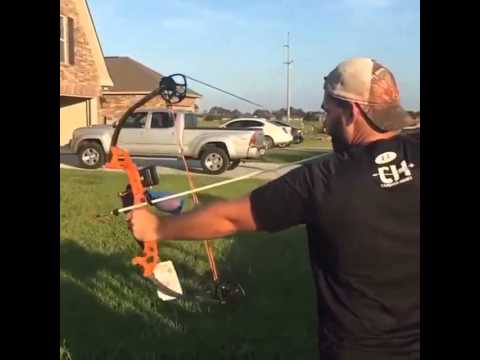 What Parts of Bow Could Be Afftected ?

Ok, here is my story. I once dry fired my bow when I was about doing some practice with the bow. I pulled the string back to practice my shot, and let it go.

Guess what happened? There was a loud crack. I discovered that the fiberglass material and the wood beneath it splinted up and the limb was no longer usable.

In case you don’t know, here is a few parts of a bow that could be badly affected by dry firing: 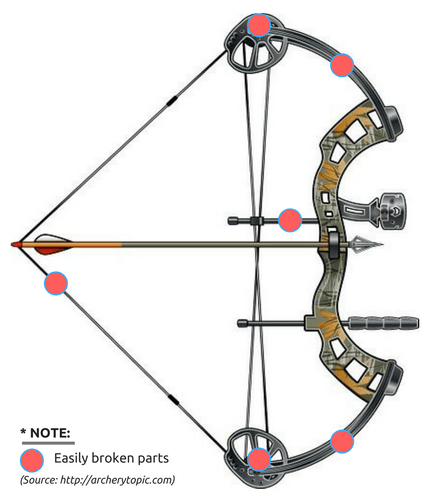 How does Dry Fire Archery Happen?

Through my research, I figured out that when you normally pull the string back, the string is put under tension storing energy.

When the string is released, the energy is then transferred into the arrow, pushing it forward.

So that means, only a small amount of energy is transferred back into the bow, resulting in vibrations.

However, when there's no arrow loaded into the string, there is no place the energy will be transferred.

So the energy goes back to the limb, which wasn't made to handle that kind of stress and eventually result in material damages such as cracks, splintering, and delamination, making the layer of the limb to burst apart. 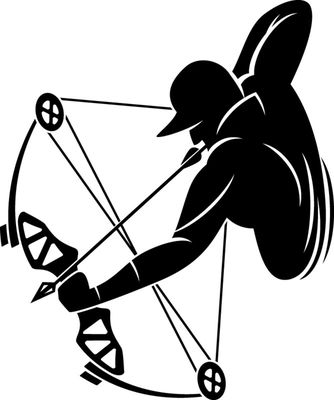 The truth is there is no escape route when it comes to drying firing. The stronger the bow, the more enormous the damage will be.

It is also important to know that using arrows that are way too lighter than a bow can cause pseudo-dry firing effect because there’s not enough energy transferred into the bow.

Although this kind of damage doesn't usually occur considering the type of bow you want to use.

While there are some old Wooden recurves which are more susceptible to dry fire damages, other bows are also well-made to withstand dry firing.

Drying firing a compound bow can cause catastrophic damage such as the cables and strings slapping your arms.

You can even get the cam and the screws coming off, which can be a serious risk to the user.

Later in this article, I'll show you how to check a dry-fire bow, step-by-step. But before that, take below note first.

Most manufacturers are not going to send you a refund if your bow gets damaged as a result of dry firing because most of their warranties don't cover such incidence.

It is not even encouraged. So if any damage occurs in such case, it is totally your fault-not the manufacturers.

However, as earlier said, newer high tech models are more resilient and can withstand dry firing without breaking apart.

Most of these bows can handle dry firing without cracking.

With that said, I am not saying you should dry fire your bow, and I am only saying that some bows can handle the stress of dry firing.

Of course, these aren't budget friendly bows as most of them cost thousands of dollars.

And even if you decide to go for such bows, always make sure you take a closer look to see if the bow is sturdy enough to carry out their shooting task after dry firing.

What to Do if You Dry Fire Your Bow ? 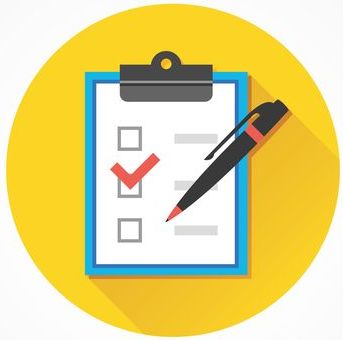 Even though nothing happens to your bow after dry firing, it is important you get it checked out.

The reason is that there is a high chance that there are micro fractures in the limbs of the bow, which might explode if you decide to use the bow that way.

The following measures and steps are what you should take to ensure that your bow is in good shape:

If you are satisfied that everything seems to be quite in place, then it’s time to test the bow with an arrow and see if it would make an unusual or creepy noise while drawing the bow.

Well, if you are still in doubt and unsure whether the bow is in good condition or not, then it is high time you took it to an archery shop.

Overall, dry firing a bow is not only dangerous to the user, but it is also risky to those around you.

The main risk is not you; rather, it is the people around you who are going to be using your bow.

So, that is why you should make it a point for people not to touch your bow. Now you know why you could be an idiot if make dry firing a bow ?

So make this your number one rule: never dry fire! If you would like to try a dry firing, then Dry Fire Pro Training Aid for Archers "Shoot More" would be a good fit for you. There is absolutely no reason why you should dry fire as this can cause the following:

So, there you have it. I hope you find this content useful. Have you dry fired a bow before? What was your experience?

Do you have any question regarding this topic? Leave a comment down below and let us know what you think. We’d love to know your thought on this.