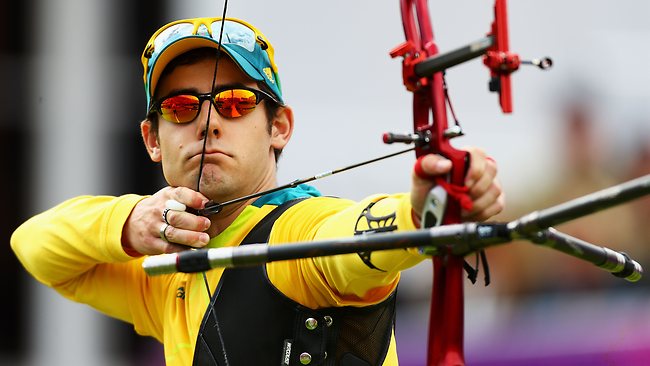 In archery, there are many different types of arrowheads that an archer can use depending on the purposes.

Even though there are so many different kinds out there, there are typically only 5 main types.

These are the triangle shaped ones, the square ones, the round ones, the long ones, and the spear shaped arrowheads.

Each of these types of arrowheads have their own respective functions and their own set of advantages and disadvantages. The triangle shaped arrowheads are the ones that are used by archers for sports purposes. Archers these days are not like the archers of the old that hunt animals and fight soldiers.

Archers these days practice the art as a hobby or as a sport. For a sportsman, the triangle headed arrows are the best.

The triangle shaped arrowheads are great for shooting wood or metal because they can pierce through any hard material and stick there.

Back in the olden days, archers used to utilize arrows with triangle heads to penetrate the ﻿full helmet of a knight﻿ because other shaped arrows would only slip of these helmets. The arrows with the square shaped heads are one of the best for hunters. These types have barbs on their corners which can damage the target a lot.

If you are hunting down wild animals like wolves, coyote, or maybe even tigers, the barbs in the arrowheads are able to pierce and stick to the body of the target.

Since the barbs can dig into the skin of the target, the target will have a hard time taking the arrow out.

In the medieval era, this type of arrowhead was often used if the archer was to engage in a soldier that had a thick plate body. The round arrowhead, on the other hand, is not as sharp as the other types of arrowheads so the round ones are not usually used for taking down the target.

Rather, these round arrowheads are more used for slowing down the target.

For example, if you are hunting down a coyote, the round arrow may slow it down so that you can have an easier time getting it later on with another type of arrow.

The round head arrows are also usually used for target practice since they are quite heavy and can penetrate wood or metal pretty easily.

These arrowheads are also used by professional archers who do archery as a sport rather than for hunting.

Now, these long arrowheads are the ones that can finish off any target. Though these are the thinnest and lightest of all the arrowheads, they are also the fastest because of their shape and their weight.

These are the ones that are usually used by the hunters that are after prey that run really fast. Since these arrows can travel equally as fast, they can catch up to animals that run quickly.

These arrowheads are widely used by deer and buck hunters. Some of these arrowheads even have small barbs on them which can make them even more deadly. The spearhead arrows are probably the deadliest because they are shaped exactly like little spears. Unlike the other arrowheads, the bases of these spearheads are hollow and can be attached to wooden shafts just like spears.

The spearhead arrows are probably the deadliest because they are shaped exactly like little spears. Unlike the other arrowheads, the bases of these spearheads are hollow and can be attached to wooden shafts just like spears.

These arrowheads are usually attached to cylindrical shafts because they can move faster with these kinds of shafts. Spearheaded arrows can move at very fast speeds and can also put down a target with just one shot.

This is actually a favorite of many animal hunters. Archers of the old also used this very often because these arrows can kill enemy soldiers in just one hit.

As you can see, there are so many kinds of arrowheads that you can attach to your arrows depending on how you want to use them. If you are doing archery as a sport, then you would probably prefer to use the round heads or the triangle heads.

If you are a hunter and use bow and arrows to hunt down your prey, you would most likely like to use the spearheads, the long heads, or the square heads.

If you are an archer, then at the very least, you must know about the different kinds of arrowheads.

How To Choose a Recurve Bow (For Hunting and Archery)
Crossbow vs Compound Bow Rust: Which is Better for Hunting?
Turkey Hunting 101 (The Ultimate Guide)
Best Hunting Dog Breeds (Ultimate List)
Single Cam vs. Dual Cam Bow: What’s the Difference?
Ground Blind Vs Tree Stand: Which is Better?