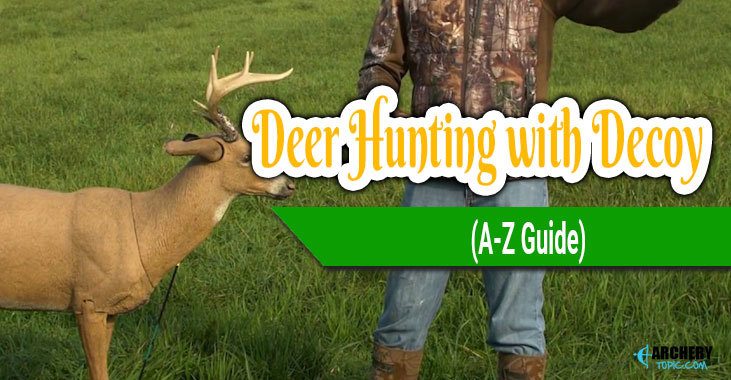 ​There are many ways to kill a buck, and using a decoy is just one of them. When done correctly, this method is highly effective, and that's the appeal of it.

In today's article, I'll teach you all the essentials of deer hunting with decoy. If this interests you, then go ahead and read on! 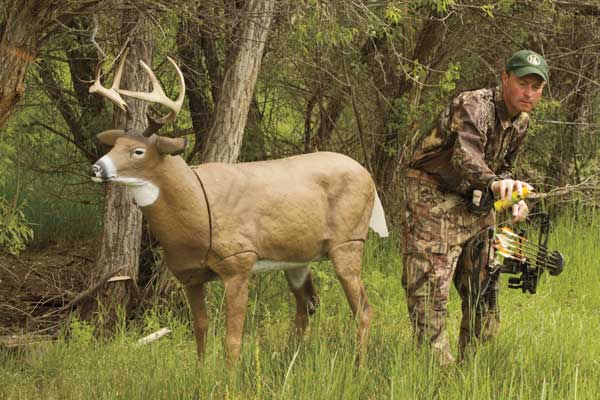 In simple terms, a deer decoy is a lifesize fake (plastic) deer. It is placed on the open field to lure the deer in, while the hunter waits in ambush.

Decoys are made in both male (buck) and female (doe) form. Their design/construction varies from manufacturer to manufacturer.

​Why Use a Deer Decoy?

Decoys are very popular with patient hunters who like highly predictable situations.

The main reason people use them is that it enables them to set up a perfect shot.

You place the fake deer close to your stand and wait.

As the deer spots the decoy and closes distance, you'll get your perfect close-range shot.

But wait, that's not all.

Another benefit of this tool is that it works on both bucks and does.

It can be used during all phases of the season with varying, but still pretty, high success rates.

​When to Use a Deer Decoy? 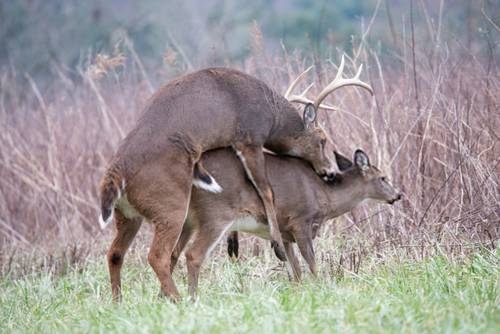 A decoy is best used when hunting in wide, open fields.

In such settings, the deer roam in many directions, and the decoy lures them your way.

The optimal time for decoy hunting is during rut or pre-rut.

​When not to use a deer decoy?

​Using a decoy is generally avoided during the firearms season.

A hunter might mistake your decoy for a real deer and send a bullet in your direction.

Such a scenario puts you in a life-threatening situation, especially if hunting on the ground.

Those in a treestand will be better off, but still not 100% safe.

​​Is it Better to Use a Buck or Doe Decoy?

This usually boils down to personal preference. But each decoy will provide you with a different hunting experience. 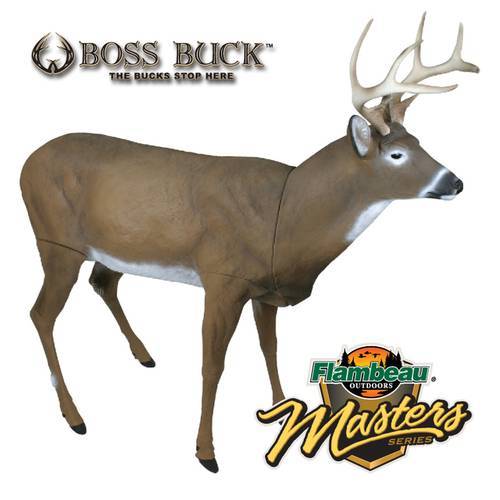 I would dare to say that, on average, buck decoys work better most of the time.

The reason for this is that they attract other bucks better than doe decoys.

If you're hunting during the rut, frisky bucks get easily annoyed by other males.

They will approach their potential competition out of the desire for confrontation. When this happens, it's your chance to shoot. 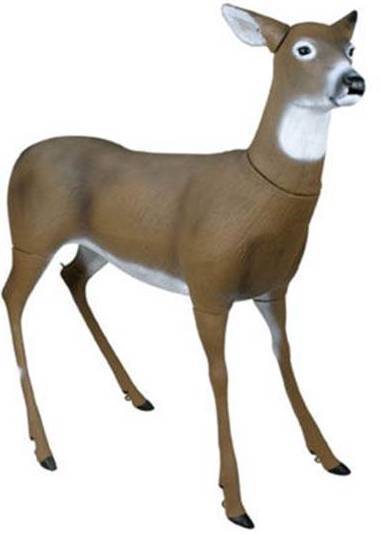 Even though it sounds logical that a buck in rut would rather approach a female, hunters' experiences show otherwise.

Doe decoys usually lure in does.

The reason is the same as with bucks - competition. If a male happens to be around and notices two females 'fighting', he will get away.

Using both buck and doe decoys has proven to attract bucks well too.

When a lonesome male spots another one with a female, he'll want to cause some trouble.

However, carrying two cumbersome decoys isn't very convenient, so most folks don't like this option.

How to Decoy Deer:

​Learn about your local deer

​Before going out to hunt, it's a good idea to learn about the local deer population.

In areas where there are more bucks than does, decoys tend to work better.

Also, regions where the rut is short have more success rates than those where it lasts for a long time.

With all this in mind, choose your hunting area.

​Plan out the hunt: 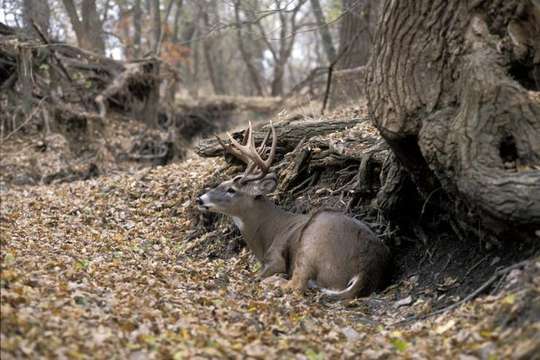 Check out your local hunting areas and see which one would be the best for setting up a decoy.

The perfect hunting location would be a field between two doe bedding areas.

Bucks in rut will traverse the field looking for does and inevitably come across your decoy.

Look for a route through which you can enter the hunting grounds quietly.

By doing this, you will not upset any deer.

Experience has shown that decoys work best in the morning when bucks are returning to their bedding areas.

This means that you ought to get up early and start on time.

You should never try to set up a decoy in a rush.

It will make you less careful and cause you to create more noise.

If possible, it's advisable to set up your stand a day before the hunt.

Again, this is to avoid making unnecessary noise.

​4) Practice setting up the decoy before the hunt

You'll get better at it by practicing and then do it properly when the time comes.

Also, make sure to bring all the parts of the decoy when going out to the woods.

Packing them all to a deer cart is a good option.

​How to Place a Deer Decoy:

Place them on the edge of a field, around 25 yards away from your stand.

In such a setup, a deer will have enough space to get between the decoy and yourself.

Position the decoy so that its backside is slightly quartering towards you.

Bucks usually approach the decoy from the back, then circle around to face it head-on.

Wear gloves, preferably rubber ones, when handling the decoy.

This is of utmost importance as it'll prevent you from leaving your scent over the fake deer.

Once the stakes are in the ground, spray the entire decoy with scent-eliminating spray.

It's better to be safe than sorry!

Don't leave your bow, backpack, or any other possession in the grass around the decoy.

This would spread your scent all over the place and repel the bucks.

Waiting for deer to find you, or your decoy can take a while.

The inconvenient truth is that, sometimes, you'll be waiting in vain.

But, as a decoy hunter, that's what you'll have to accept as reality.

​​Should You Call When Using a Deer Decoy? 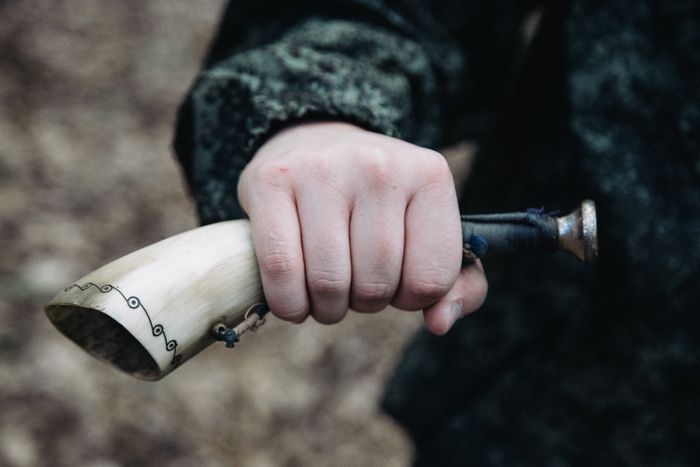 Yes, you should. The call will make your fake deer seem more realistic, so it's a desirable component.

However, you need to make sure to do it properly.

Here's why I mean by this: you need to pick the call that matches your decoy. A grunting call should be used with a buck decoy.

If you have a doe decoy, things get more tricky.

Does make a different sound when they have bleeding estrus. This means that you should use this call only during rut.

In other seasons, use a 'standard' doe call.

Also, do not mix a buck decoy with a doe sound, and vice versa; this is common sense. 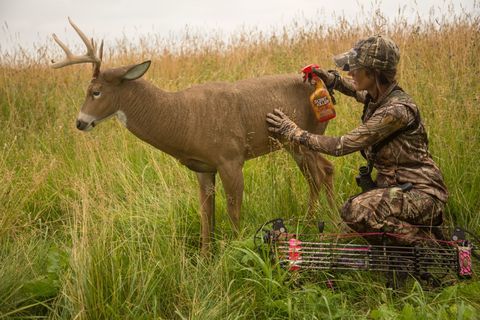 I've talked about covering up your own scent to avoid deterring the deer.

But, did you know that you can use artificial deer scent to attract the buck.

Yes, it's true, and it works pretty well. These scent attractants mimic the smells of either bucks or does in rut.

Once you've neutralized the decoy's smell and removed all traces of your scent, apply the attractant.

The deer will pick it up, and before you know it, they'll be charging towards your decoy.

There are a few tricks that you can do to make your decoy appear closer to the real thing. They might improve your chances of getting lucky, so do check them out. 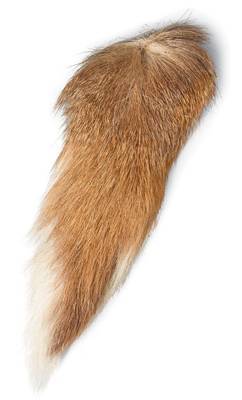 Making your decoy's tail move will fool even the most cunning bucks. So, how do you do that?

Take a hanky, or a real deer tail if you have one. Tape it to the decoy's behind and let it wiggle in the wind.

Using wind to your advantage

The direction of the wind plays a big role in deer hunting with decoy.

As you know, the wind carries scents, so you need to make sure that the deer don't pick up your smell.

Don't set up the decoy downwind in relation to the buck's route.

If you do this, the wind will blow your scent directly into the buck's sensitive nose. 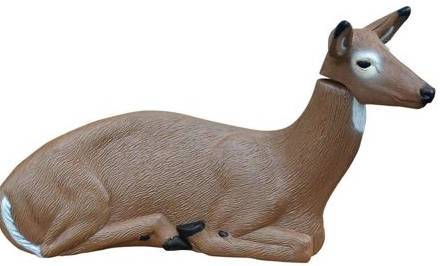 When hunting during rut, it's a good idea to place the decoy in an aggressive, upright posture.

During this time, bucks become more dominant and rowdy, so they'll want to confront another buck.

Chances are that an aggressive-looking specimen will make them tick more.

If you're hunting in another time of the year, then choose a more 'laid back' pose.

Make the decoy look as if it's grazing or resting.

The idea is that such a pose will attract curious deer to it.

​There you have it, folks. That would be all that you need to know to get you started ​deer hunting with decoy.

If you like what you read or have something to add, please, let me know in the comments below!

17 Proven Trail Camera Tips and Tricks
How to Layer For Cold Weather Hunting
What are the Advantages/Disadvantages Of Hunting From An Elevated Stand?
Best Hunting Dog Breeds (Ultimate List)
How To Apply Camo Face Paint For Hunting
How to Keep Bugs Away While Hunting (7+ Effective Ways)